The Truth About Why RPA Fails To Scale 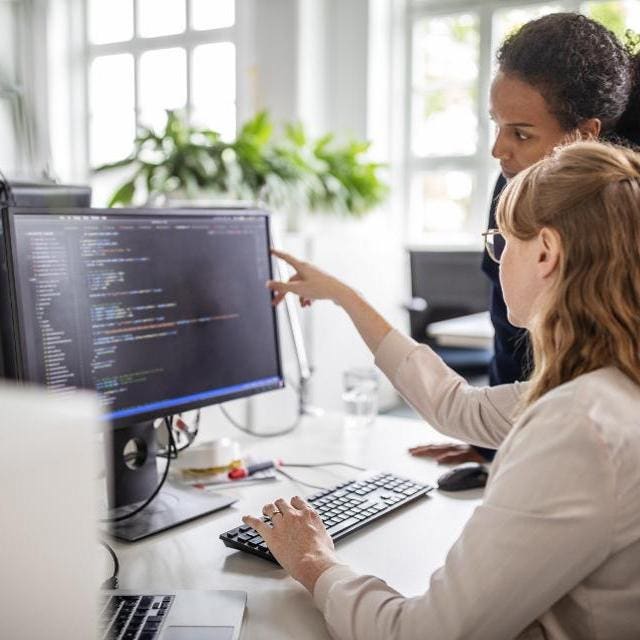 Robotic process automation (RPA) has been one of the hottest technology trends of the past 24 months for good reason: It drives digital transformation initiatives by automating certain tasks that otherwise remain stubbornly manual and analog. Because of this, analyst firms like Gartner recently ranked RPA as the fastest growing segment of the enterprise software market, and pure RPA vendors like UIPath earned $ 7 billion in ratings. However, there are consistently reports that suggest that organizations often get stuck after deploying just a few bots, with up to 50% of RPA deployments failing initially.

To understand this, it is important to recognize what RPA does well and where it is successful. RPA automates manual, human processes that are highly repetitive (ie “robots”). The most common example is data entry or management in one form or another. In these scenarios, RPA significantly speeds up throughput, eliminates errors, and lowers costs. Additionally, RPA is generally easy to implement and evident in the transition from analog to digital, allowing organizations to achieve quick and visible results on their transformation journey.

However, it is the same strengths that contribute to battles with RPA, and the reasons are subtle but inherent to the technology. The result has been blocked deployments and, even when successful, organizations with only a handful of bots that are actually in use. In short, RPA is quite possible to successfully automate a certain task, but still fail to meet larger organizational expectations and requirements.

In this larger corporate context, it’s time for an RPA reality check.

RPA is not a magic bullet when it comes to digital transformation. If its limits are not properly understood (and there is a risk of mixing metaphors) it can quickly become a dead end. RPA initiatives that struggle often fall into two camps:

1. Too much complexity: RPA is powerful – up to a point. At this stage of its maturation, many tools available do not handle complexity well. This complexity often comes in the form of too many steps or decision points in the larger process. Craig LeClair, a Forrester analyst, cites a “rule of five” and states that if you go beyond five decision points or applications, you will likely need a different technology like digital process automation (DPA).

Organizations should evaluate current and planned RPA deployments. If you are in or after five process steps, you are at the limit of complexity. This complexity limit can also result from a lack of structure. The “robotic” nature of RPA means that it is geared towards well-defined data formats, steps and results. If you enter unstructured data or process variations, RPA will at best have problems or, at worst, crash. This in turn requires companies to carefully evaluate the processes to be automated. If the data formats and process steps aren’t rigid and structured, plan on either choosing a more suitable tool for DPA or spending a lot of time in advance marking and preparing data or optimizing the process rules.

2. Error when scaling: The other inherent limitation of RPA is that certain tasks are automated – in other words, human behavior is mimicked at the level of individual work. This has a significant impact on this micro-level, but leads to an isolated improvement in the macro-organization. Research firm IDC calls this scenario the “islands of innovation” – it’s not bad in and of itself and can be a good start to a journey towards digital transformation, but by the time you connect those islands you won’t be going anywhere.

Organizations should consider stepping back and questioning what they wanted to achieve in terms of process automation (and whether those goals were achieved). If it was about automating a specific task, then by all means move on to RPA. However, if it was a broader digital transformation goal, RPA used in isolation won’t get you there.

The term “scale” also has its own difficulties with RPA. Vendors use the term to refer to the robustness of their platform – in other words, how many bots they can support. From the customer’s point of view, however, this is only half the battle. The bigger business question is whether RPA scales in terms of the impact it has on organizational processes. The short answer here is no.

An example of these two stumbling blocks – too much complexity and scalability beyond the level of individual work – can be found in most larger organizational processes. Take financial services lending, for example. RPA can be characterized by the automation of certain steps, such as: B. the data acquisition from the first loan application. However, loan approval and processing requires numerous steps that take the application through myriad different departments and systems, drawing data from many different sources in the process. The expectation that RPA alone will digitally transform the entire lending process is a recipe for failure.

The bigger point is that RPA is a powerful tool for digitally transforming key processes within a larger organization, but it does not rebuild the organization itself. And in their enthusiasm for the value it brings, both customers and vendors risk exaggerating the technology to their long-term disadvantage.

Overall, RPA’s rapid growth is well deserved and a positive sign of the success companies are seeing in digitally transforming their business. But it is also an indication that the industry is only at the beginning of a much bigger and longer journey.