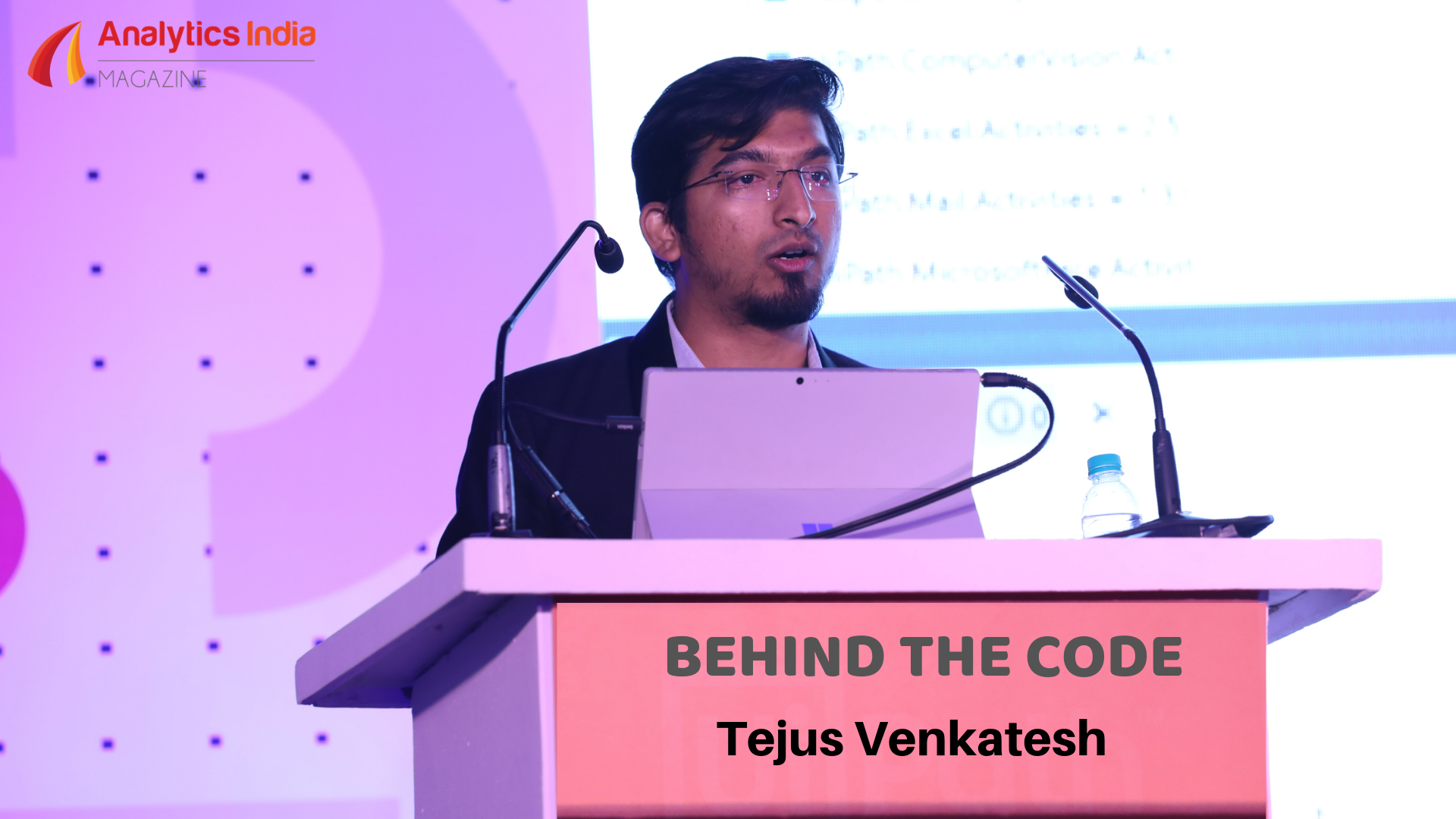 Every week we run a developer column called “Behind The Code” where we interact with the developer community in India and try to take a look at their journey so far, the way they have worked and the tools they have used. This week we had the opportunity to get in touch with Tejus Venkatesh, a chief evangelist for a well-known company.

Venkatesh, a graduate of Computer Science from VTU in Bangalore, has always been inclined to delve into technology and the reforms it could bring to any industry. He always knew he wanted to work for a company where he could contribute to these reforms and be at the forefront of innovation. And that prompted Venkatesh to start his career as an RPA developer.

When Venkatesh first encountered RPA, he was intrigued by this technology and its applications. “This experience using RPA solutions has been truly incredible,” said Venkatesh.

From an RPA developer to an RPA consultant, Venkatesh’s journey in the field has resulted in his becoming a chief evangelist. However, he believes his work has stayed the same. He also said he understands the power of RPA and the benefits it could bring to businesses. “It is my job to get organizations to see this and look at the bigger picture to visualize a work environment in which employees have enough time to add strategic value to their work while the day-to-day tasks are done” said Venkatesh. Additionally, Venkatesh works for in-house events for his employer where he has the opportunity to connect with other developers and talk about ongoing work in RPA.

One of the biggest challenges Venkatesh faces in his job is bringing together the business and technology teams of an organization for RPA solutions. During an ongoing project, he found that there were gaps between these teams that created difficulties at work. To start with, he makes sure both teams are on board at RPA by letting them know how bots make their lives easier without data security issues.

We asked what he thought was the best coding language, and Venkatesh replied, “Almost every developer starts their journey with C ++, and so do I. It provides the foundation necessary to build the skills needed to work in technology. So for me it remains a top coding language. “However, he also believes that Python is likely to be the language of all emerging technologies like artificial intelligence, and machine learning is easily one of the top coding languages.

When talking about Venkatesh’s developer toolkit, he said that it encompasses various tools ranging from something as simple as a Notepad ++ to software as sophisticated as UiPath Studio. Working primarily in RPA, he spends most of his time working with UiPath Studio, the component of the UiPath Enterprise RPA platform on which automation is designed and built.

When asked what essential skills are required for a successful RPA implementation, he stated that the first step is to understand the software development cycle like any other technology. Developers therefore need a strong mechanism for handling exceptions. “These bots run independently of each other, so no error can occur. Exception handling becomes key to steadfast execution, ”added Venkatesh. You also have to understand the business processes from their input to their output in order to develop end-to-end solutions.

Companies in India are increasingly using RPA to automate repetitive, tedious tasks so they have time to focus on strategy and quality to provide exceptional service to their customers. And Venkatesh believes the future roadmap for automation is very encouraging as RPA converges with AI and machine learning, paving the way for cognitive automation. “Both the present and the future of RPA in India are promising,” said Venkatesh. 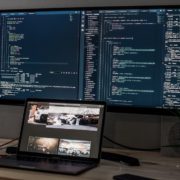 Speaking about the talent pool in RPA, he said that he is rich in India as the nation has many global organizations working together to work with developers on their RPA solutions. In addition, there is a tremendous opportunity to qualify developers and understand various business processes in order to automate them. This gives India the unique advantage of becoming a global hub for RPA.

There is tremendous fear of losing jobs due to automation, and when we asked Venkatesh if he considers fear and skepticism valid, he said, “Automation reduces chores, not jobs. In fact, automation is creating a new genre of workplaces. “

The chief evangelist also believes that the digital workforce would improve people’s skills. The future of automation points to a world where human skills will be enhanced by software robots with intelligence and the ability to learn new skills.

Venkatesh has an interest in conversational AI and has been spending some time with chatbots lately. He finds it fascinating to see how RPA could come into play here. In the future, he would also like to deal with IoT devices, their integration into AI and applications in corporate technology.

Looking ahead, Venkatesh wants to work on building and adding key capabilities in conversation understanding, process understanding, document understanding, visual understanding, service orchestration, and process recognition. Also, he believes his future looks bright and exciting to evangelize the future of automation and how it should be scaled within a company.

Get the latest updates and relevant offers by sharing your email address.


Join our telegram group. Be part of a dedicated online community. Join here.

Harshajit is a writer / blogger / vlogger. A passionate music lover whose talents range from dance to video to cooking. Football is in his blood. How literally! He’s also a self-proclaimed technician and loves to fix and fix things. When he’s not writing or making videos, he can read books / blogs or watch videos that will motivate him or teach him new things.