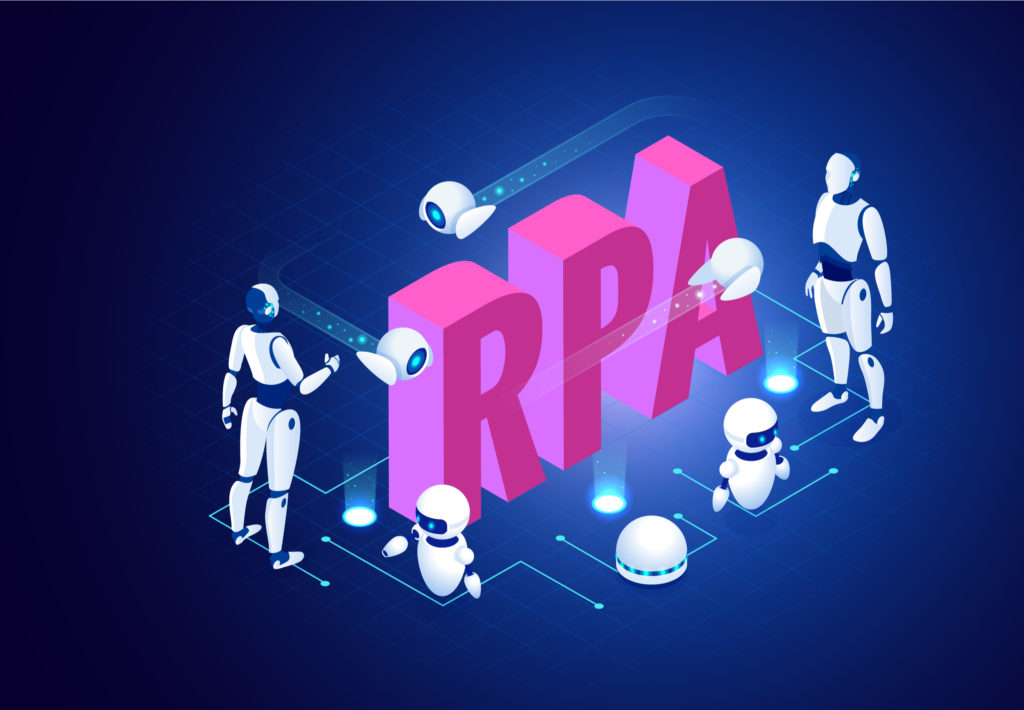 Fresh from 2020 – the year of the pandemic and everything “unprecedented”, including the pace of digital transformation – and implementing automation in all functions of the company remains a priority.

When we talk about automation in the workplace, most of the time we are talking about using Robotic Process Automation Software (RPA).

In terms of software that automates repetitive, logical, and traditionally manual tasks, RPA acts as a bridge between systems so that companies can access multiple applications at the same time. It serves as a literal substitute for human workers and emulates the same keystrokes and mouse clicks as a human worker.

This technology saves time and money, increases efficiency and avoids mistakes caused by human fatigue or distraction. These advantages have led to the emergence of a huge and evolving RPA market that is expected to reach a value of nearly $ 30 billion by 2027.

But RPA’s rapid success is arguably due in part to a misunderstanding about how the software should be provided and how permanent a solution can be.

Of course, no technology whose purpose is to automate the processes established by former teams of human workers is promoting actual digital technology transformation. In simple terms, RPA is not at its core “intelligent”; it is essentially a script to automate a prescribed process.

Within this task area, RPA can reliably automate complex legacy processes. However, when an application is updated or replaced, scripts no longer work properly, resulting in process errors or incorrect output.

Castles argues that RPA, when used long term, can cement bad habits by bonding with legacy technology and putting together existing silos between teams and systems. This is a “band-aid approach” which means that digital transformation is further removed, not brought closer.

Indeed after Research by HFS30% to 50% of RPA projects fail completely. For companies that keep projects going, maintenance and control problems burn a hole in their pockets. According to Forrester, nearly half (45%) of businesses suffer from poor customer support and retention due to bot breaks occurring weekly or more frequently.

“The reality is that at some point you’ll have to fix it,” Castles said. “And if a patch has been around long enough, you’ll forget that it should only be a temporary patch. Not only will you solidify your technical debt for this legacy system, but you’ll also add to it by maintaining two systems instead of just one. “

The RPA and automation space is now about developing software that is “smarter” – it can learn and adapt and change its processes to optimize the output.

This is certainly the direction in which RPA will be shifting overall, but it’s not to say that software in its purer form cannot benefit the business at an individual automation level.

RPA for the individual

With the advent of low-code RPA solutions and the tremendous improvement in user interfaces, RPA has become a tool that business users with no programming skills or “citizen developers” can quickly grasp and use within the confines of their processes most familiar with.

This is not an RPA implemented at the company level and managed by a center of excellence. It is the use of automation as required of a person. It can make life easier and more productive, but by helping to sew automation into every little seam on a personal and departmental level, it can help increase productivity across the company while the management and maintenance is taken over by the user .

While enterprise developers work on implementing large, organization-wide intelligent automation or upgrading to legacy systems, citizen developers can continue to use RPA on a daily basis. If manually uploading data from a spreadsheet to ERP systems can take 40 minutes, low-code RPA tools allow users to program the process and perform it on the background of more stimulating tasks.

Castles gave us another example: “Take the example of an insurance company with an old quotation system running on a mainframe. To build a competitive market system, you want to create a web app with a good user interface that allows customers to get quotes to buy insurance plans quickly and directly. How can you really automate this process when you still need someone to take care of the bots that get offers from the legacy system?

“To truly automate the end-to-end process, you need a low-code orchestration platform that ties all the steps and systems together – electronic signature, secure email, document management, etc. If you can automate the whole process when If you deliver results to your customers quickly, you stand out from your competition. If you are late, your competitors will get market share before you. “

All of these micro-use cases can result in thousands of hourly savings for companies every day and thus a competitive advantage.

As with any technology, there are drawbacks to using RPA in this way on an individual level. Use cases and potential could be limited by the reluctance of internal teams to open their systems’ APIs for integration, Castles said. Often this is due to safety concerns or guidelines.

In addition, data is often incompatible across different systems and applications.

Ultimately, RPA is indeed a quick fix for older IT and infrastructure at its core: “Basically, it’s short-sighted to see RPA as a goal. It’s a means to an end of digitization, ”said Castles.

“As the lines between RPA and low-code blur with providers on either side incorporating the functionality of the other, the distinction between the two becomes less relevant over time. It will then be more than ever up to the implementation teams to make optimal use of the functions of their chosen technology. “