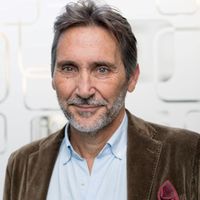 Abstract: In animals and in humans, the mechanical impedance of their limbs changes not only in dependence of the task, but also during different phases of the execution of a task. Part of this variability is intentionally controlled, by either co-activating muscles or by changing the arm posture, or both. In robots, impedance can be varied by varying controller gains, stiffness of hardware parts, and arm postures. The choice of impedance profiles to be applied can be planned off-line, or varied in real time based on feedback from the environmental interaction. Planning and control of variable impedance can use insight from human observations, from mathematical optimization methods, or from learning. In this talk I will review the basics of human and robot variable impedance, and discuss how this impact applications ranging from industrial and service robotics to prosthetics and rehabilitation.

Bio: Antonio Bicchi is a scientist interested in robotics and intelligent machines. After graduating in Pisa and receiving a Ph.D. from the University of Bologna, he spent a few years at the MIT AI Lab of Cambridge before becoming Professor in Robotics at the University of Pisa. In 2009 he founded the Soft Robotics Laboratory at the Italian Institute of Technology in Genoa. Since 2013 he is Adjunct Professor at Arizona State University, Tempe, AZ. He has coordinated many international projects, including four grants from the European Research Council (ERC). He served the research community in several ways, including by launching the WorldHaptics conference and the IEEE Robotics and Automation Letters. He is currently the President of the Italian Institute of Robotics and Intelligent Machines. He has authored over 500 scientific papers cited more than 25,000 times. He supervised over 60 doctoral students and more than 20 postdocs, most of whom are now professors in universities and international research centers, or have launched their own spin-off companies. His students have received prestigious awards, including three first prizes and two nominations for the best theses in Europe on robotics and haptics. He is a Fellow of IEEE since 2005. In 2018 he received the prestigious IEEE Saridis Leadership Award.