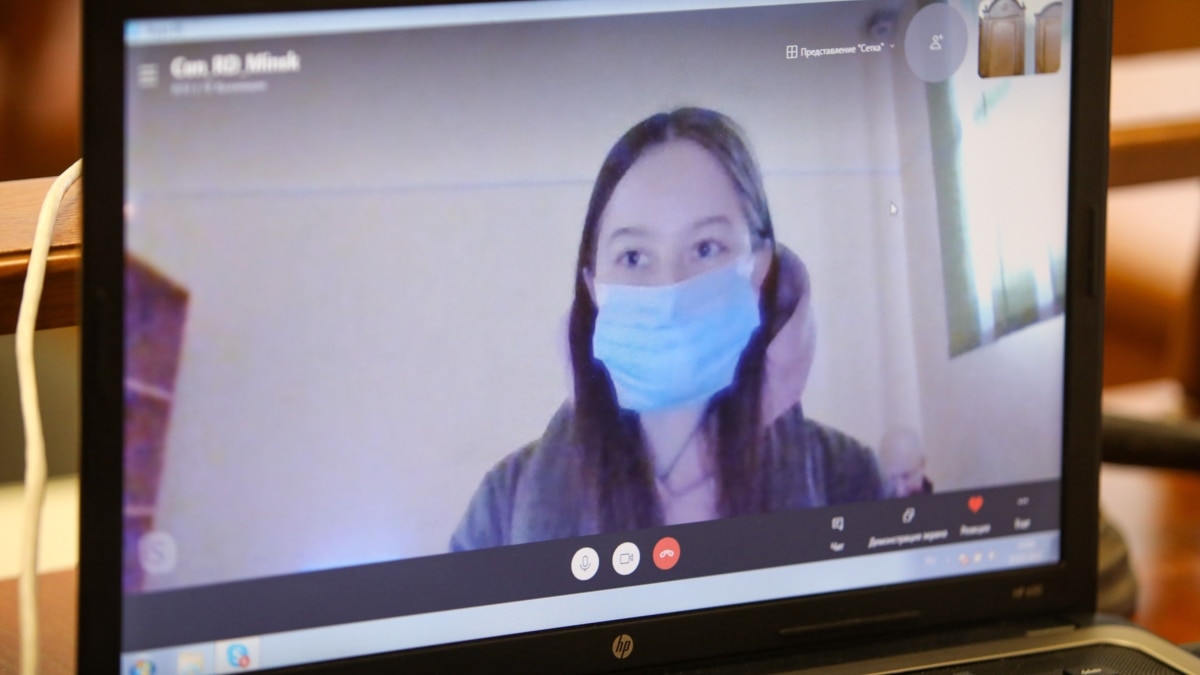 MINSK – A Belarusian court has sentenced RFE / RL freelancer Liza Hancharova and her father Alyaksandr Hancharou to 15 days in prison for participating in an unauthorized demonstration.

On March 15, the Central District Court in Minsk found the two guilty of attending an unauthorized rally on March 13.

Watchdog is our curated summary of developments in the areas of human rights, media freedom and democracy from the vast broadcasting region of RFE / RL. In your inbox every Thursday. Subscribe to Here.

Both have denied the charges, stating that they did not participate in the protest but were arrested by police while they happened to be nearby.

Hancharova was also found guilty of planning to shoot a video of the rally for unspecified “extremist telegram channels,” an accusation she also denied.

“RFE / RL regrets the imprisonment of Liza Hancharova, a graphic designer at Radio Svaboda, our Belarusian service in Minsk. Liza was brutally attacked on the street by the police and detained for 15 days. She should be released immediately, “said Jamie Fly, president of RFE / RL.

Hancharova told the court that the police brutally threw her on the pavement several times during her arrest and used “suffocation” methods against her.

Hancharova and her father were among the dozen or so people detained in different parts of Minsk on March 13.

The official results gave Alyaksandr Lukashenka, who has ruled the country since 1994, a sixth term.

Thousands of people, including dozens of journalists who covered the protests, were arrested.

Read our coverage Belarusians continue to demand the resignation of Alyaksandr Lukashenka amid brutal crackdown on demonstrators. The West refuses to recognize him as the country’s legitimate leader after a fraudulent election on August 9th.

Some were sentenced to long prison terms. Opposition leaders have been driven out of the country.

Lukashenka denies allegations that the election results were fraudulently changed in his favor. He refuses to negotiate with the opposition over their demands that he step down from power and hold a new election that is free and fair.

The European Union, the United Kingdom, the United States, Canada and governments in other countries have refused to recognize Lukashenka as the legitimate leader of Belarus.

They have also imposed sanctions on him and other high-ranking Belarusian officials in response to what they call “falsification” of election results and brutal raids on peaceful demonstrators after the vote.