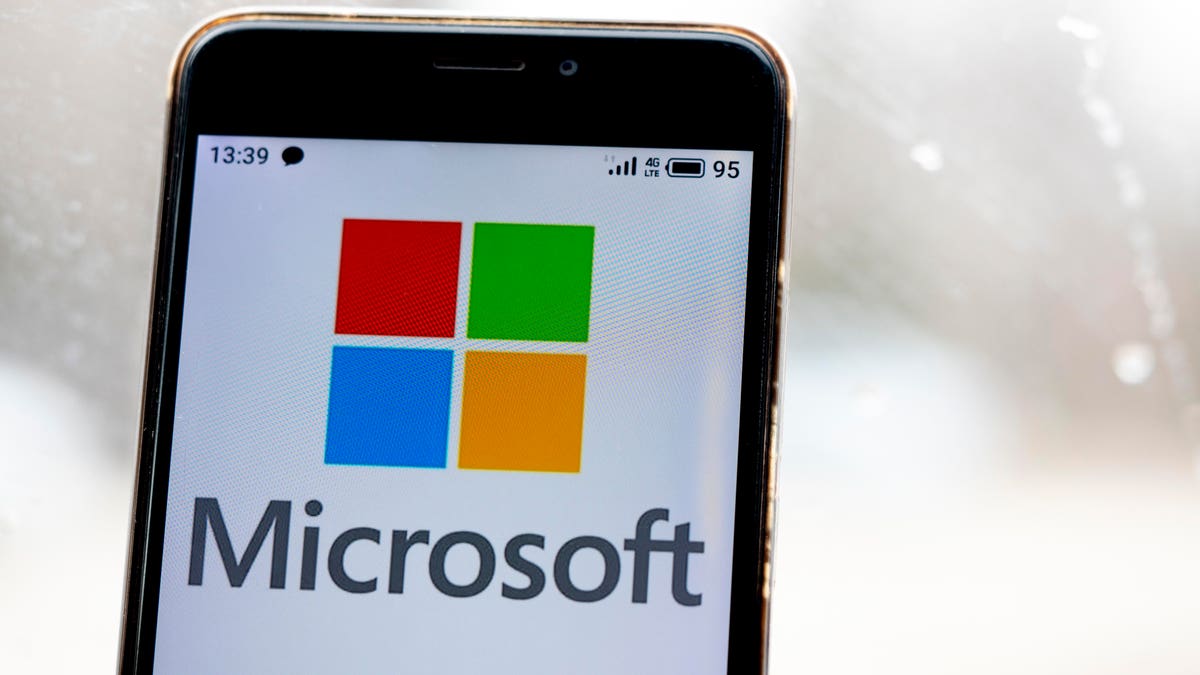 UKRAINE – 02/25/2020: The Microsoft logo can be seen on a picture in this photo … [+] Smartphone. (Photo illustration by Igor Golovniov / SOPA Images / LightRocket via Getty Images)

Robotic Process Automation (RPA), in which repetitive and lengthy processes within organizations are automated, is dominated by three pure software providers: UiPath, Blue Prism and Automation Anywhere. These companies are among the fastest growing in the technology industry and have raised significant amounts of venture capital.

But the mega software companies want some of the RPA opportunity. And the one who is perhaps best positioned is Microsoft.

This shouldn’t come as a surprise. The company has a large number of enterprise customers, a strong global infrastructure, and a huge ecosystem of partners and developers. It also helps that Microsoft has aggressively strengthened its cloud business, which is now second only to Amazon.

The key to the strategy for RPA was to leverage the Power Automate platform, which can be used to automate legacy systems. Just some of the functions include: understanding structured and unstructured data (e.g. for invoices) and integration with more than 300 modern apps and services. There are also numerous AI capabilities.

Ok then what about RPA? Well it was added last year. It’s called UI Flows and has both presence and unattended automation. The application is also quite easy to use as it allows for workflow recording (keystrokes, mouse movements, data entry, etc.) and allows for low-code and no-code approaches. For example, Schlumberger used the technology to increase efficiency with 13,000 bots – and much of it was built outside of IT.

“Anyone can be a developer,” said Charles Lamanna, CVP of the Citizen Developer Platform at Microsoft. “Registration takes less than 30 seconds. You can then create a bot in minutes. “

However, could the accessibility of this technology create security issues? For example, could an employee put something like salary information on the Dropbox store?

Microsoft is well aware of the risks and has created a system to enforce compliance. This is possible because the platform is cloud native. “You have full visibility with every bot,” Lamanna said.

How big are the UI flows in the RPA market? Well it’s not clear. In a blog post, however, Microsoft stated, “Power Automate is already helping hundreds of thousands of companies automate millions of processes every day.”

For example, Ingram Micro uses Power Automate across the company to help with onboarding, account creation, credit line management, and other critical workflows. About 75% of the projects took less than 30 days to develop.

However, I suspect we will see accelerated growth in UI flows – and soon. A large part of it will certainly be the core technology. However, I think the business model is likely to disrupt the RPA industry as well.

Keep in mind that it is typical for a software vendor to charge a per bot fee, which can exceed $ 1,000 per month. This does not include orchestration and other module fees.

However, Microsoft is breaking this two-tier model. First, there’s a monthly fee of $ 40 per user for running visited or unattended bots. Next, you can pay $ 150 per month for each unattended bot.

In other words, this low-cost strategy should expand adoption significantly. This is likely to have a significant impact on the RPA landscape as well. Cost has certainly been a top concern for customers, especially those looking to scale automation.

“There are three trends emerging for RPA,” said Lamanna. “First, the cloud is inevitable and cloud hosting will be the only end-to-end environment. Second, RPA needs to be democratized if it is to become mainstream. The reality is that Windows didn’t become a big deal until it was on everyone’s desk. For RPA to be transformative, it needs to be on every desk. And the need for RPA is real. Over 60% of all information worker positions spend over 30% of their time on red, automatable tasks. The economic benefit for companies and, above all, the satisfaction at work for employees is very, very great. We just have to make it possible and affordable. And third, automation will go beyond user interface automation. Real automation includes elements like chatbots and forms that collect information. These will mix with digital process automation and robotic process automation. Customers want to solve an automation problem with an integrated solution. “

Tom (@ttaulli) is the author of Artificial Intelligence Fundamentals: A Non-Technical Introduction and Robot Process Automation Guide: A Guide to Implementing RPA Systems.