Implementing robotics and RPA in the public sector 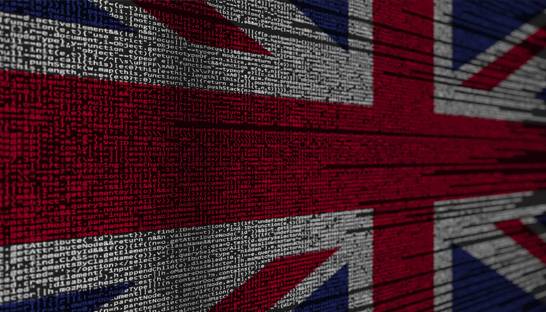 RPA has become one of the fastest deployed technologies in the modern economy. This can have a positive impact on costs, productivity, accuracy, data analysis and decision-making, and can drive digital transformation. Convedo experts told Consultancy.uk how RPA can benefit the public sector.

The UK government is looking to implement major change campaigns on several fronts over the coming months. Brexit had created an unprecedented workload for the central government, with the need to put in place and plan new systems covering border controls, trade, agricultural policies and immigration, and to put in place a contingency plan to ensure the UK is prepared regardless of the outcome. The changes come at a time when the public service is severely depleted after a decade of austerity.

Convedo experts believe the public sector is keen to finalize a rapid change agenda and faces further disruption in 2020 have stated that officials could be the main beneficiaries of robotic process automation (RPA) implementation. As the name suggests, RPA uses software robots to automate everyday, repetitive tasks such as transactions, data processing, communicating with systems, performing large amounts of error-free calculations, and quick problem solving. RPA can be used in virtually any role, including finance, accounting, human resources, operations, and IT.

The work of the public sector involves a large amount of data entry and collection from various systems as well as validation of information on various internal or external websites and repetitive consolidation processes. By automating these functions, the public sector could correct the situation described in the Reform, Work in Progress 2017 report, which claims that in the UK alone only 20% of public sector workers are doing strategic work that requires analytical thinking.

This makes RPA ideal for the public sector, both in terms of reducing costs and freeing up labor to focus on more complex tasks. For example, the North Tyneside Council in the UK expects to save up to £ 56 million over the next few years by adding RPA to its work flow. The council has already deployed RPA agents to handle customer service issues, improve speed, and cut data entry times in half.

“RPA is a pioneer for the public sector, ”said Convedo. “The public sector faces problems that require immediate attention: from a high volume of work blocking productivity to staff shortages, from frequent changes in regulations and guidelines to inadequate collaboration tools that allow different departments to sync seamlessly can be. The challenge of doing more with less in the public sector shows today that the public sector will benefit most from RPA. “

According to Convedo, there are five key best practices for implementing RPA in the public sector:

Convedo stated, “It is important to analyze and select a process that is mature and has defined tasks that are repetitive to a large extent. A process in which data is exchanged between different parties and systems is often considered best for automation. “

According to the company, the first step in evaluating a company’s efficiency is to assess the current work flow. This will help manage stakeholder interests, which is also paramount in the tax-financed, government-controlled public sector. Groups need to consider how RPA can improve their performance and illustrate any other benefits related to implementation to maximize buy-in among stakeholders, which is essential to the success of the project.

Companies have to choose a mature process. If the process is not yet efficient, the return on investment will decrease. At the same time, the goal of improving operational efficiency threatens to be undermined if this is not done.

“With intelligent automation, you can create workflows by dragging and dropping modular tasks with Object and Process Studio,” said Convedo. “These tasks could consist of capturing information with OCR, putting information into recording systems, processing information automatically or with a human in the loop, linking processes and publishing final results.”

“There will always be exceptions. The last thing you need to automate is to create a large exception queue that will take more time and effort to resolve. This contradicts the logic of automation. Exceptional scenarios should be programmed in the workflow, ”said Convedo.

For example, the company suggested that public sector companies would not be well served by an automation solution that stopped working if it suddenly received a large number of complaints. Instead, it is better for automation to follow a different logical workflow when there are too many complaints, e.g. B. Contacting multiple customer service representatives instead of one. This would result in an improved experience for service users while also leading to greater efficiency for organizations.

Scalability is the ability of a system to handle a growing workload by adding resources to the system. In an economic context, a scalable business model implies that a company can increase sales with increased resources. To maximize the scalability of an RPA transformation, it’s a good idea to include all of the company’s digital employees, properly allocate the workforce, and get results faster.

Convedo said, “It is considered a best practice to assign different tasks to multiple digital employees. This creates work queues and makes it easier for you to scale and shrink or shrink back and forth. “

Finally, setting up a Competence Center (COE) for RPA is a common tactic for private and public operators who want to adopt and develop RPA solutions. For example, consultancy Capgemini was recently drafted to help the UK government create and develop a new center of excellence for implementing digital technologies in the cabinet office using RPA.

In conclusion, Convedo said, “An Automation Center of Excellence (COE) is a group of people, processes and technologies that are required to maximize the benefits of automation. This can be done within your organization or it can be outsourced. The role of COE is critical in finding more ways to automate the assets and models it creates so you can multiply the return on your investment. It’s the most effective way to embed automation into the way your business works. “